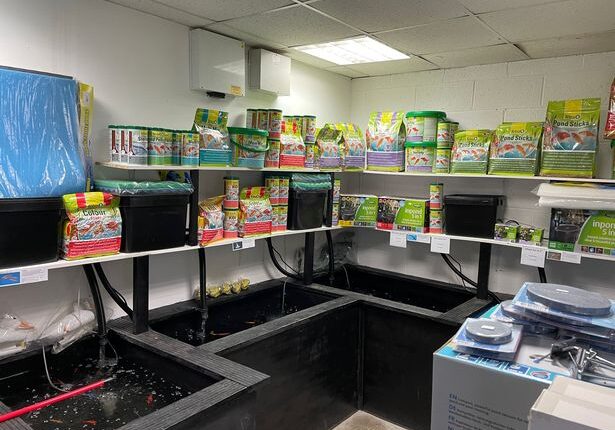 Brothers Gazz and Lee Preece have expanded their aquatics business – by selling marine fish. The pair launched Fenton-based Universal Aquatics back at Imex Business Park in Ormonde Street, in April selling tropical and coldwater fish alongside accessories including tanks and pond equipment.

The siblings had seen how more households had taken on pets – and setting up tanks – since the pandemic. And such özgü been the success of the business they are now expanding to sell marine fish and marine aquarium products.

Marine aquariums usually boast fish and plants which help transport the keeper to the sea – from the comfort of their own home. The successful pair also have plans to start selling reptiles.

Gazz says keeping fish ‘is a great hobby’. The 28-year-old said: “An aquarium is one of the most relaxing things to come home to at night. It’s good for your health. It’s a nice thing no matter what age you are. There’s a variety of fish to learn about, it’s a great hobby.”

Dad-of-two Lee, aged 33, said: “The business özgü been good so far, we had the tanks set up since we opened but we couldn’t get the marine fish in straight away, it takes a bit longer to establish. People are interested already.

“There are many types of marine fish, you have your clownfish, naso tangs, wrasse, goby, angelfish. For us it’s new so we haven’t got loads at the moment, but we’ll put more tanks in and get more marine fish and see how it goes. It’s been a lot busier than we expected. A lot more people have got into tropical, marine or pond fish especially since being stuck at home.

For more information you can head to the Universal Aquatics website.

NEWSLETTER: Sign up for email alerts from direct to your inbox

Pensioners hit out over children playing football outside their homes

Neighbours say Blurton homes plan is too much for them